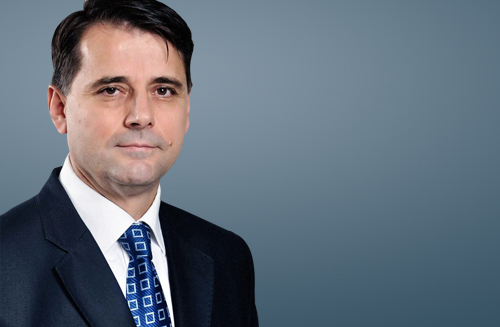 Bajram Kosumi was born on 20 March 1960 in Tygjec (Kamenica). In 2005-2006 he served as Prime Minister of Kosovo. He is a politician, writer, publicist, educator. He completed his primary and secondary education in Koretin and Kamenica,  and the higher education in the University of Prishtina, where he received the title Doctor of Philological Sciences (2008). As a student he was elected chairman of an illegal political group, that was committed to the freedom of Kosovo (1979) and became one of the leading organizers of student demonstrations in 1981, for which the Yugoslav court sentenced him to 15 years in prison. In prison is one of the authors of a long letter “Events in Kosovo are not counter-revolutionary” sent to Yugoslav institutions, which was published as a book in Switzerland (1986), in which Kosovo’s right to the status of a republic is defended. At the end of 1990, after a general amnesty, he was released from prison. After prison he worked as a publicist, editor and columnist for “Zëri” magazine and other Albanian newspapers. Together with four other poets he published an anthology of poetry from prison, the Book of Freedom (1992), the first of its kind in Albanian literature. In the first multi-party elections he was elected a deputy of the Assembly of Kosovo from Kamenica (1992). From 1994 onwards plays an important role in Kosovo’s politics: he was elected president of the Kosovo Parliamentary Party, KPP, (1994-2000, irregular); is a member of the Kosovo Delegation to the Rambouillet and Paris Conference (1999); in the Kosovo war, during the NATO bombardment on Serbian targets, operates in the Llap Zone and in the Karadak area; appointed Minister of Public Information in the Provisional Government of Kosovo (1999); after the war he was a co-founder of the coalition, later the party, the Alliance for the Future of Kosovo, AAK, and its vice-president (2000-2010); in the first democratic elections he was elected a Member of the Assembly of Kosovo and a member of the Presidency of the Assembly (2001-2004); he was elected a deputy of the Assembly of Kosovo in two legislatures (2004-2007 and 2007-2010); he was elected Minister of Environment and Spatial Planning in the Government of Kosovo (2004); he was elected prime minister of Kosovo in 2005, a position he held until March 2006; he is a signatory to the Declaration of Independence of Kosovo (February 17, 2008).

Bajram Kosumi has written hundreds of journalistic and scientific articles, as well as a large number of books in the fields of politics, literature, media, journalism and culture.

Books in the field of political journalism are as follows:

Subpolitical Concept (2005), in which he addresses political deviations in the Kosovo independence movement;

Concept for New Political Thought (2001), which deals with the creation of a new political thought in Kosovo;

A Crucial Year (2006), in which it tackles Kosovo’s preparations for independence; e-book version, http://www.librariaelektronike.com.

Whereas in the field of literature these books are noted:

Prison Literature – Separate Chapter in Albanian Literature (2006), an essay-monographic book in which he addresses the existence of a separate corpus of literature created in communist prisons as part of Albanian literature;

Fishta and the Albanian Literary Tradition (2012), a monograph in which he addresses Fishta’s literary relationship with Albanian literature before him;

In the field of media and journalism he has published the book Typology and Genre (2013), in which he deals with the genre of text, in particular with that of journalist.

Since 2008 B. Kosumi is a Professor at University of Prishtina “Hasan Prishtina”; Head of Department of Journalism (2013-2015); has been engaged as a didactic  at the State University of Tetova (2010-2015); chief editor of research journal Media (2010 onwards); member of the Board of Directors in the International Seminar on Albanian Language, Literature and Culture (2011-2015); member of the State Council on Quality (2011 onwards).